People with dementia can sometimes get stuck on a subject or behavior, or might say or do inappropriate things, or ask upsetting questions, or get themselves into unsafe situations. Any time you find yourself in a spot where you want to get them off a topic or activity onto something else, redirection is your handy-dandy first line of defense.

Get really good at it. Trust me.

Really all redirection is about is helping the person change direction. Whether just in their mind or with their whole being. You're giving them something else to focus their attention on. The more you practice, the smoother you can get with your direction shifts, the more creative you can be, and the more likely you'll have success.

Your dad is really fixated on the belief that somebody stole his wallet.

Your formerly demure and proper wife now tends to say inappropriate and even sexual things to other people.

Your mom is pacing and wringing her hands, back and forth, and it's making you nuts.

No matter what the situation is, redirection is about using your approach, your demeanor and tone, your words, and your suggestions to help them shift behavior.

If your dad is making accusations that you stole his wallet, it might be tempting to defend yourself, to get offended, to get all worked up offering six kinds of proof that it wasn't you. But you won't be able to convince him, and will likely rile him up even more.

When your wife says embarrassing things out in public, a natural reaction would be to act shocked, to scold her...but she can't understand that what she's saying is wrong.

These reactions are normal, but they also won't help the person with dementia, and they won't change the behavior. So if you do find you've gotten upset, yelled, made the situation worse before it got better, go easy on yourself. It takes a lot of work to learn to catch your natural responses and do something else instead.

Work to stay calm and kind. They will be more likely to follow your lead if they don't feel scared or shamed by your reaction. Use a friendly tone of voice, a smile, eye contact, and a light touch to help them feel safe with you, to encourage them to listen to what you're telling them. Stay as relaxed as you can.

Gently guide them. You can use that light touch - an arm around the shoulders, a hand on their arm, a welcoming gesture - to physically move them where you want them to go.

2. Do some detective work

To know the best way to handle the behavior you want to change, it helps to better understand what's behind it.

Understanding it can also work to expand your own capacity for empathy and patience with your loved one, which ultimately is good for both of you.

As dementia progresses, people often have difficulty putting their thoughts and feelings into words. Even so, you can ask them simple questions to find out how they're feeling, what they'd like you to do, if you can help them.

As tempting as it might be to use logic, to show them proof, to argue with them, it is generally fruitless to do so. They lose the ability to follow logic, and their reality is very real for them...and you can't convince them otherwise.

Instead, offer empathy and support. Show them you are on their team, that they are safe with you. If you argue with them, they are more likely to get entrenched in exactly the behavior you are trying to change.

Say "It's upsetting to think someone stole your wallet, let's figure this out together," instead of "Dad, I've been here all day and there's no way someone got in here" or "You probably just lost it again." This is also an example of a way you can go along with his reality that the wallet is stolen without actually completely supporting the idea that thieves are coming into your house.

Say "Sam is our son; aren't we glad he's come to visit?" instead of "Honey! No! You can't say inappropriate things like that to our son! Don't you know who you're talking to?"

Say "Is something worrying you?" instead of "Mom, you have got to sit down before you fall!"

4. Introduce a new topic or activity

A great way to do this is to use a "bridge phrase" that moves you from the topic/behavior they're stuck on to a new one. You start with where they're stuck, and then make a bridge to a new topic. This is a key skill in redirection.

"Dad, I'm sorry your wallet is missing. I once lost my wallet at Disney World. Do you remember that trip we took there when I was 5?"

"Sam has come to visit us. What would you like to do today? Weren't we saying this morning about how we'd love to show him the garden?"

A simple formula to keep in mind:

"[answer their repetitive question/address the issue]...that reminds me [loosely related story]...[turn it back to them with a question]"

For example: "Yes, we're going to the dentist at 2. That reminds me, last year when I went to the dentist, I had such a funny vision of flying pigs under the laughing gas. Do you remember your first visit to the dentist?"

When asking them questions, stick to older memories that are easier for them to recall, that are stored in a part of their brain that is generally spared until later stages of dementia. Focus on subjects you know are of interest to them, or you can even use it as an opportunity to learn things about them that you don't know, to hear stories from their earlier life.

You can also use it to turn towards a different activity.

"Dad, I'm sorry your wallet is missing. Why don't we go look for it?" Then along the way, offer him a snack, point out something of interest, see if there is something else to engage him in.

5. Offer an alternative & get creative

Sometimes you need to be very direct in making a shift to their attention, giving them something new to focus on. It can be a new activity, a change of scenery, a project you've come up with, something for them to "help" you with, anything that helps them break out of their rut.

It can be as simple as switching to a different seat in the same room, going outside, offering a snack, showing them a cute baby video on youtube, asking them to help you stack coins or fold washcloths. Basically anything that will shake up the moment and help them shift.

You can introduce a new activity with simple phrases like:

Try to choose activities that would soothe whatever you've identified as the underlying issue in your detective work.

If they might be bored, give them something engaging. Injecting a sense of purpose in their lives is often helpful.

If anxiety is at play, go for something calming and reassuring. If it's restlessness, try music or something with a physical element, like petting a cat.

If they can't stop picking at a wound or pulling their hair, look for something that keeps their hands busy, like a fidget blanket, sorting coins, or pairing socks.

Sometimes whatever you try might only work for a little while before they are back to the behavior. Keep trying, and try different things until you find what works for your loved one.

As always, if you're having trouble keeping your cool, give yourself a break, even if just a moment away, to try to regroup. Be kind to yourself...caregiving is hard. 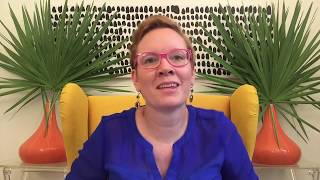 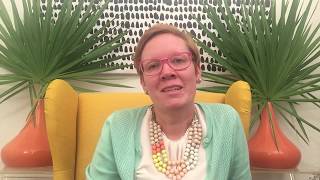